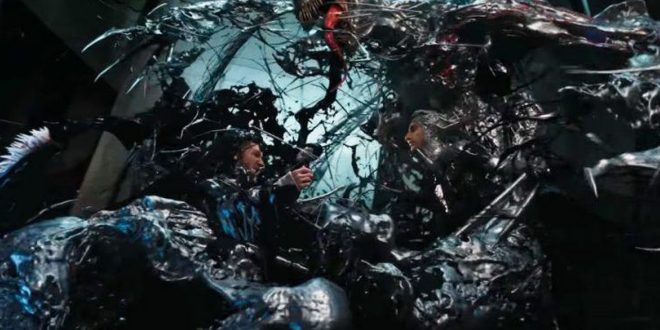 Venom sits in an unusual movie superhero no mans land. He’s a Spider-Man character without Spider-Man, a Superhero without a franchise or a shared universe. Caught up in the complex inter-studio rights bickering over what property is licensed to who between Marvel, Disney and Sony we get an anti-hero without the hero as a foil.

It’s no secret it got savaged by critics and despite this it’s dominating the box office. Lets take a look at how and why in both cases.

Tom Hardy is Eddie Brock / Venom,  as with everything Tom Hardy acts in he commits completely to the role. Maybe a little too completely in this case as Tom played the role so intensely awkward I had to wonder if the character was on the autism spectrum.

Michelle Williams and Anne Weying, Eddie’s girlfriend who works for the company central to the plot. Michelle adds a lot of the emotional weight to the movie, but is left with little to do than progressing some of the later plot points.

Riz Ahmed as (not Elon Musk) billionaire businessman inventor Carlton Drake. Riz does an overall good job as a tech tycoon with megalomania but ultimately ends up as a comic book scenery chewing villain by the end. I would have really liked a jab about him spending too much time starting fights  on twitter.

A (not Space X) Space shuttle belonging to Carlton Drake brings the Symbiote parasites to earth. Eddie an investigative Journalist/Vlogger (relevant) gets caught up when he digs up dirt on Carlton crossing him and causing Eddies personal life to self destruct. Things pick up once Eddie tangles with the Venom Symbiote and the action kicks off. It’s not overly complex but this works well for it. Much of the early part of the film explores Eddies relationship with Anne which sets up the emotional weight of the finale.

First of all it is a very strange thing Sony making a Venom film with no connection to Spider-Man whatsoever, it really felt it was missing something.  The villain could have been reasoned out with a lot more depth and they should have just committed to modeling it on an evil(er) Elon Musk, it just seemed he took a turn from Sociopath to Psychopath far too quickly.

People ripped on Black Panthers PS2 cutcene CGI fights but Venom’s at times is that lumpy, still not as awful as any of the DCEU’s CGI so far but close. The camera work was often too rapid blurring the action, the times where it really worked was when there were moments of slow motion and you could make out what was going on.

The tone was all over the show, it felt like at times it wanted to be a full R rated body horror movie and then it would swing back to a light PG Superhero movie. It had plenty of swearing and some intense scenes that were definitely not aimed at kids. There were some parts that were so camp they were cringe inducing, then cutting back to some body horror. It would have been better if it had picked a direction and stuck with it.

Despite a whole lot of things working against it Venom comes out on top as an enjoyable throwback Superhero film, that could have fit very comfortably along side the Sam Rami Spider-Man movies. Venom surpasses Sam (Evil Dead) Rami’s potential for body horror in his Spider-Man 3.

The is a mid credits scene that hints at the inevitable next movie with Woody Harrelson as the antagonist, which I’m all for.

It largely works as an odd couple / buddy cop movie or as Tom Hardy compared Venom and Eddie’s relationship “Ren and Stimpy”. I think Venom manages to resonate with audiences as it didn’t feel like it was overreaching itself was concerned with (much) world-building or franchise making, it just a back to basics early 2000’s action superhero film.

For a movie with a 2 hour run time it clips along at a decent pace and didn’t feel it’s length. According to Tom Hardy there was an hour(!?!) cut, but it didn’t feel choppy like something was missing.

Venom’s cohesive structure makes up for it’s uneven tone and outshines the cinematic messes of The Predator or Batman V Superman,  Suicide Squad and Justice League which suffered for trying to make a movie in the editing room.

Venom either needed to take it’s self a lot more seriously or a lot less seriously to really hit the mark but where it lands is ultimately enjoyable.

Not having to see 20 other movies in a shared universe.

Have your expectations set too high.

Want it to connect with every other thing in Marvel.

Previous Military Plane Crazy close to Buildings in Australia
Next Life in the Dead Zone – Kiwi Made Zombie Series! 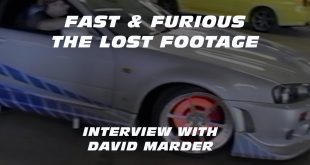 Fast and Furious – Behind the cars 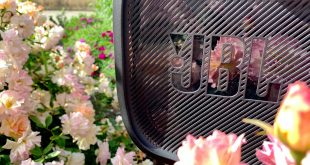 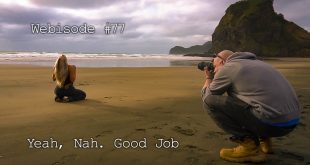 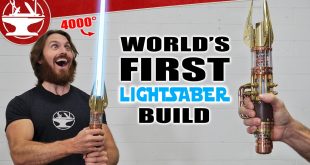