The rhythmic repetition becomes almost ASMR-like to me as I move my little dudes across the level I’m currently playing. There is a certain satisfaction in watching their progress, knowing that they’re marching to the beat of my drum, quite literally. 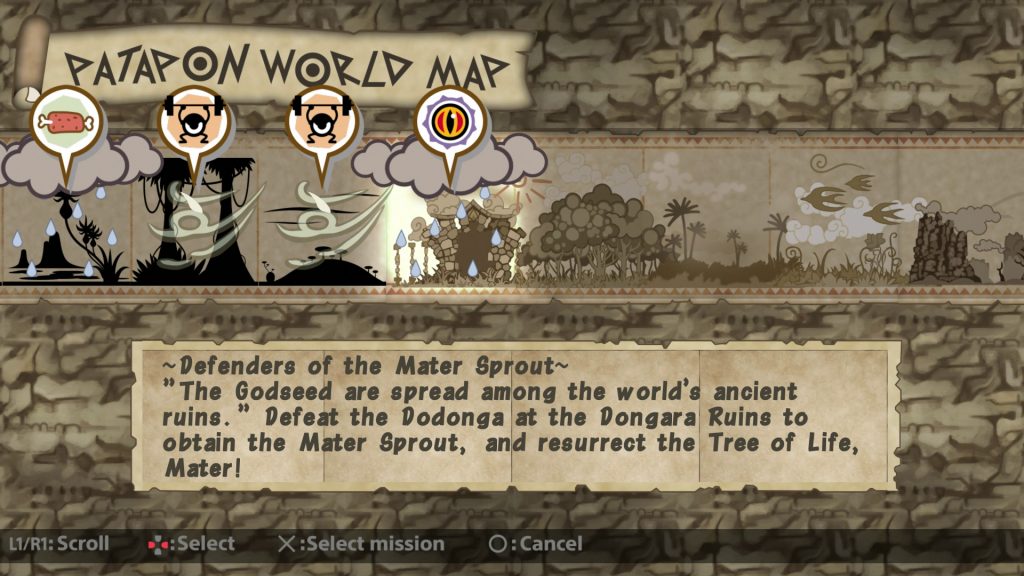 Patapon 2 Remastered is an interesting title. I don’t quite know what to make of it if I’m honest. It’s something between a rhythm game and a unit management game, with a bit of customisation and a few other gameplay mechanics. It was originally on the PSP, Sony’s little handheld that could. I can only assume that they had enough success and requests following the release of the original Patapon Remastered game to push ahead with this.

I’ll clear this up from the outset. This game isn’t my cup of tea. At all. But that’s on me, not the game.

It’s got a fairly lightweight premise. It follows on from the conclusion of the original title, with the Patapons setting sail for new lands, but finding themselves shipwrecked and lost, they set about building a new Patapon civilization where they are. It’s lightweight, but really that’s all it needs to be. 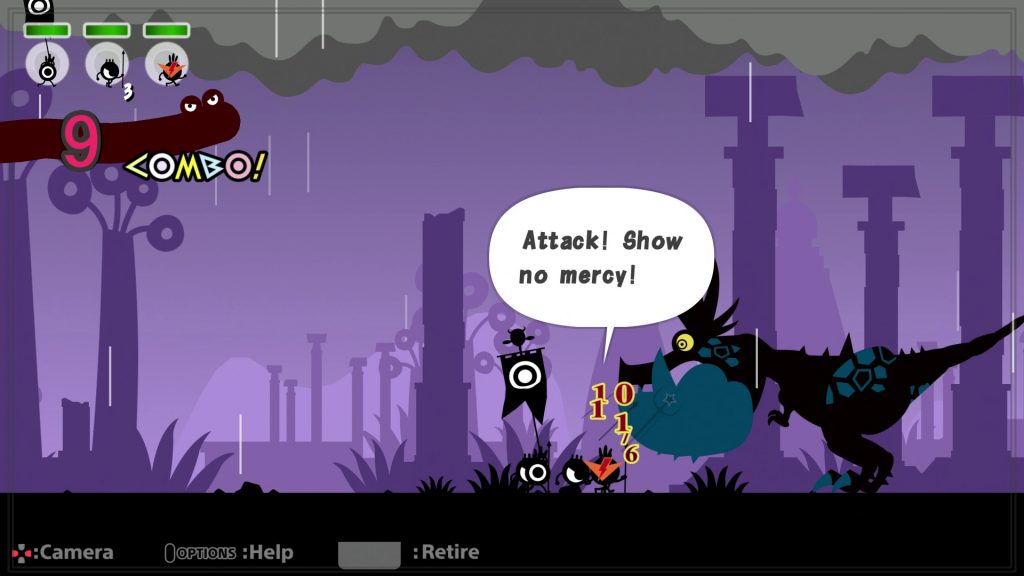 Once the setup is through, you find yourself exploring the new land through a series of horizontal levels. Movement, attacking, and defence is all managed by inputting a rhythm into the controller which gives your little Patapons an instruction. There are 6 different beats to collect, and 4 instruments which map to the main buttons on the PS4 controller.

Once you load into a level, you will find the edges of the screen blinking in a steady beat, which your button-presses have to match up with in order to get your little dudes underway. Personally, I found there to be a slight lag between the audio and the screen, which was a little unusual at first, as I didn’t feel that I was quite getting the hang of the game until I forced myself to compensate for that slight delay. This could be my TV set though, so I can’t guarantee you’ll experience this. Once you build up a streak of beats, you’ll go into Fever mode. This is useful because you can do more damage, have better defence, and generally be better at the game whilst it’s active. I struggled to stay in this mode, because it changes the audio, which I found really disruptive to holding the beat. Again, maybe just me, but I didn’t particularly enjoy this design choice. 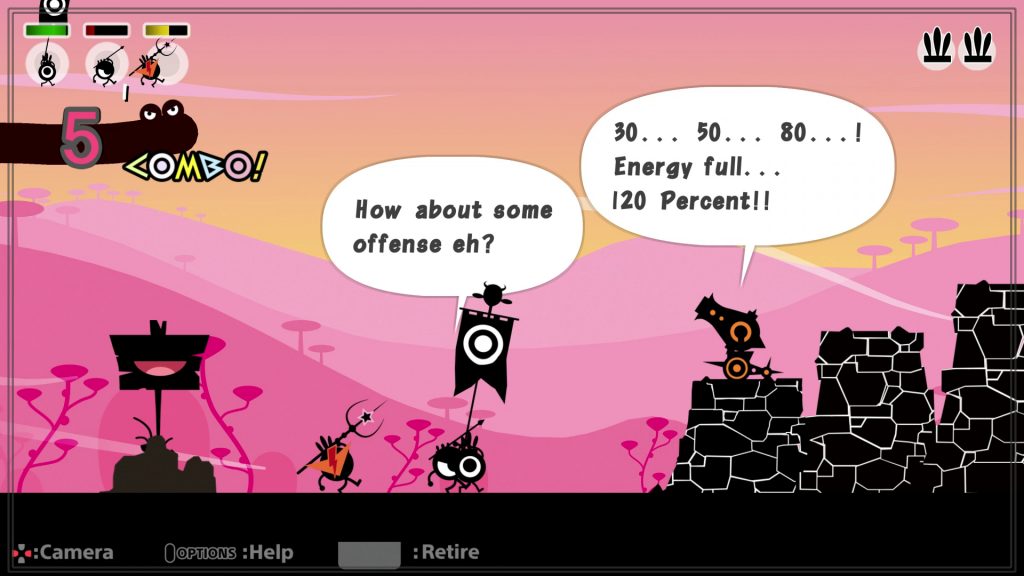 I found the game to be quite difficult – there’s a definite need to grind levels and build up your Patapon army. Missing a beat at a crucial time is also quite punishing, which resulted in some frustration from me whilst I was mid-way through a level on more than one occasion.

Graphics wise it’s all very clean & simple. On the PS4 Pro, it supports 4K, and it does look very clean at that resolution, but don’t go expecting the world from this title in terms of graphics. It’s true to its source system of the PSP.

If I’m honest with this one, I struggled to get involved, to stay involved, and I found the game to be tricky and it loses its appeal fairly quickly once I’ve started playing it. If you’re aware of this game, and its playstyle, or maybe you played the original and want to relive that time in 4K, you might get more from it than me, and if so, I wish you all the best. 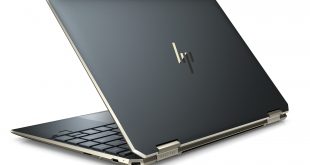 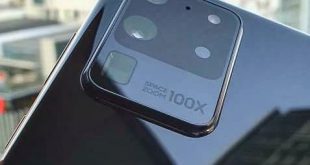