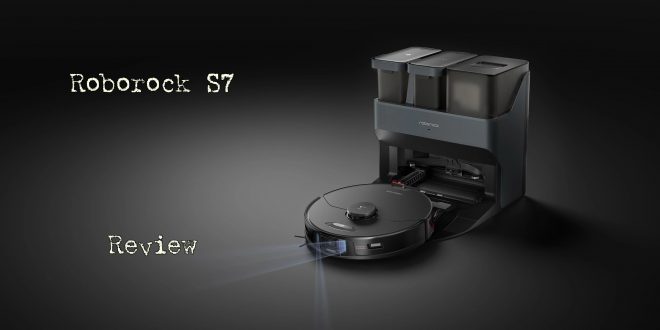 Now and then we get offered some exciting items to review, and when this Roborock came up I thought hey here’s something that has the potential to make life a bit easier right? well.

What exactly is it? – the package they sent was the Roborock S7 MaxV Ultra, which sounds impressive and the ultra part means it came with the auto empty / fill station so here’s the lowdown.

It’s a lidar navigating smart robotic vacuum and mop system, it can vac the floors and its smart enough to know when its time to switch over to mopping which it can also do, which is fairly new for these robo vac systems. Being the ultra version it comes with the base station where it can dump its sack and expel used mop water and take in new mop water, you just have to manage the 3 buckets on the top of the station to keep it happy.

What we found in testing is that this Roborock did a really good job of looking around the whole downstairs of our house, finding different surfaces and acting accordingly, and after the first pass it was cutting around the edge of the rooms and then doing a grid pattern in the more open areas.

After the first pass where we just let it do its thing, it seemed to have done a pretty good job at vacuuming the floors, so we decided to test it with the house mascots insane floof, we gave her a quick brush and left it in a pile for the roborock to find and it got it all up no dramas, which was impressive as this is a daily battle at our house.

According to the website stats, this has a suck value of 5100 Pa, I don’t know what that really means nor have anything to compare it to, but it’s certainly very good at pulling things out of the carpet, after the 3rd or so lap around all our carpets were looking spiffy. The claimed run time is 180 minutes and I’d say that’s fairly accurate, We kinda left it and forgot about it and it had taken off to do some of the other areas around the house and then it was on its way home to empty its sack when we realized it must have been going for well over an hour at that point. which leads to its navigation.

Its certainly very good at getting around, between being able to climb over the mats we have at the 2 main points of entry or knowing where home is and figuring out how to get there around our dining room table, it seems to have some very good tech in it which allows it to be very automated, which is the whole point in the first place. 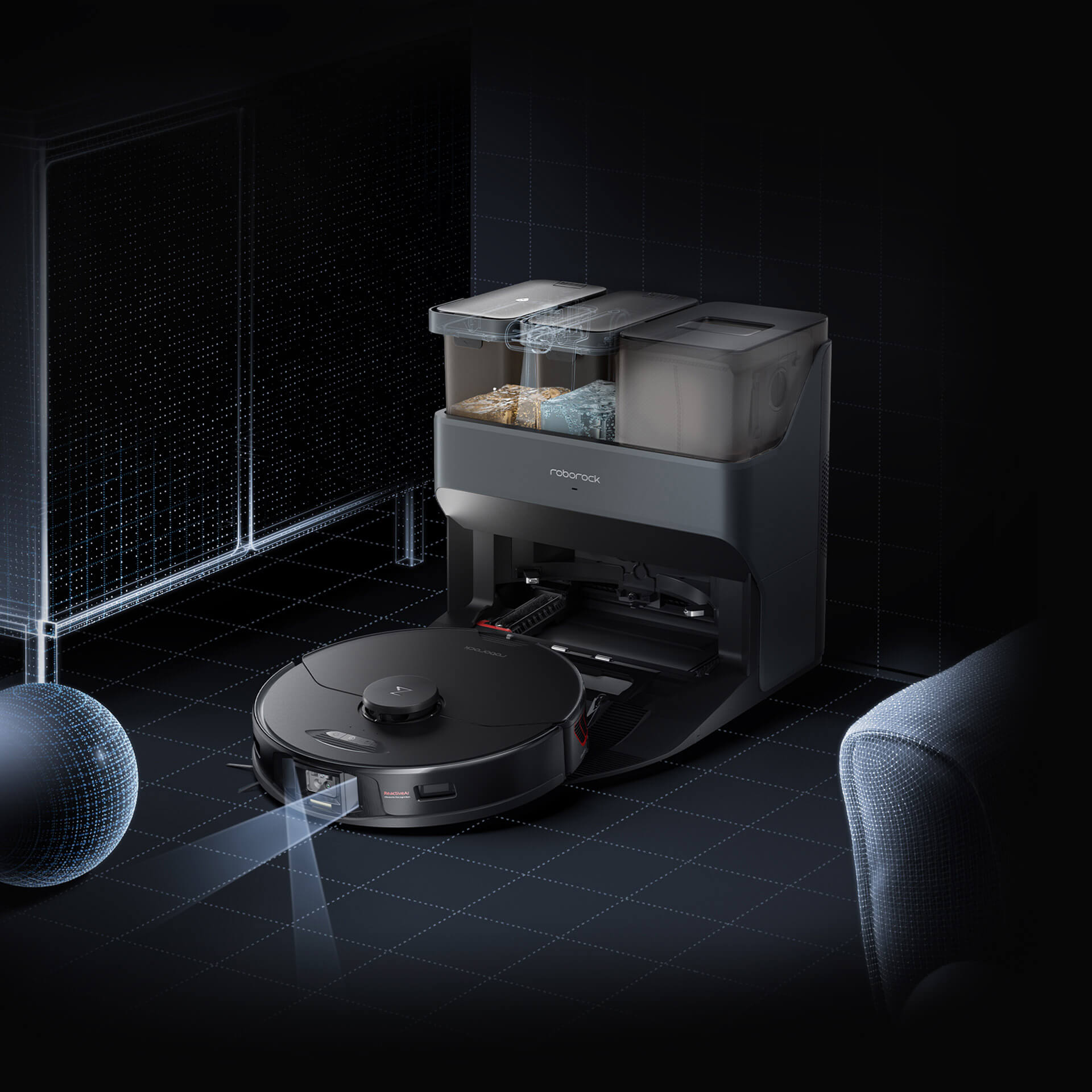 The not so good.

One of the main gripes I have with this system is the App or lack of connectivity.

I spent a good 30 minutes just trying to connect to the app and have everything shake hands only to fail every time, which was when I gave up and just let it run a couple of cycles on its own.

I wanted to be able to set up scheduling and rooms to avoid/focus on things like that, which according to the site is very doable in the app, assuming you can connect to it.

I did some research and found that this is a very common issue with this brand, I tried all the troubleshooting tips both through the app and what I found on Reddit to no avail. So as smart as it is, it’s only using a small percentage of its brain power, who does that remind you of? it really was a shame we could never get the app to work because I feel like that will unlock the real point of what this device is for, which is automated living which is non-intrusive. Sorting out times to go when it’s not going to bother you, but often enough that it does it’s job and you don’t have to. Would I rely on this system entirely? well maybe not. small cleans or hard to get to places might still need something like a little Dyson handheld. or applications where you might be using it to clean a car interior which we do often here. We’ve got the Samsung version of the stick vac and it’s pretty good.

The volume when running isn’t enough to end a conversation but it would be annoying if one were say watching a movie/tv show and it was in the same room as you, once it leaves the room you’d struggle to hear it, the loudest part of the operation is when its returned to base and is extracting the dust from the unit to the base station. that is a much much louder suction which is noticeable and might bother a light sleeper. I’d be perfectly fine with it running at night as it’s on a different level to our bedrooms and I doubt anyone would even know it’s been running.

So does it suck?

This device has huge potential but they need to fix the software. as far as robovacs go, this did perform well at a reasonable level of sound that it could run at night while you’re sleeping multiple times so you never even see it going, that said if you have a 2-level house, you’d need a 2nd one upstairs. I’d be confident that if you had a 3-4 bedroom single-story home, this would sort that out easy. But with most new builds going up not out, does that mean 1 per level or do you cart the thing around when it’s done on each level? takes the automation out of it a bit huh?

The real kicker here is the price, and this is really something you have to decide is the price worth your time, This one was sent to us by PB tech to review (it’s going back) and they are asking $2697.99 for this system we tested. is your time you spend vacuuming becoming your own worth that? I’d say yes but with the aforementioned limitations of multi-story living and the terrible connectivity issues which remain unresolved at the time of this publication, I’d have to give it a miss for now.

I’d really like to see the true potential of this device with all the systems working properly to really tell you this is something special, but we can’t. It sucks well but it can only do so much right now. The base station would be a must-have if you want real autonomy which I would, but until the system is able to be used to its full abilities, its still a no from us.