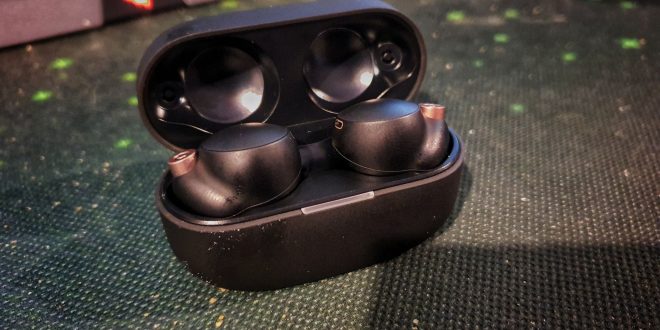 As we get things back to normal, more review items are coming through so here goes again.

For disclosure, these are on loan from Sony for review and are pre-production units, however I’m told there will be minor changes if any to the final product.

So ear buds right, pods whatever you want to call them. Personally I never invested in them as I didn’t see the point until I got a ticket for talking on the phone and thought hey, maybe there is something to this. I was given some JBL ones maybe a year or so ago and didn’t think they were all that great, people couldn’t hear me very well which was the main thing I wanted them for. 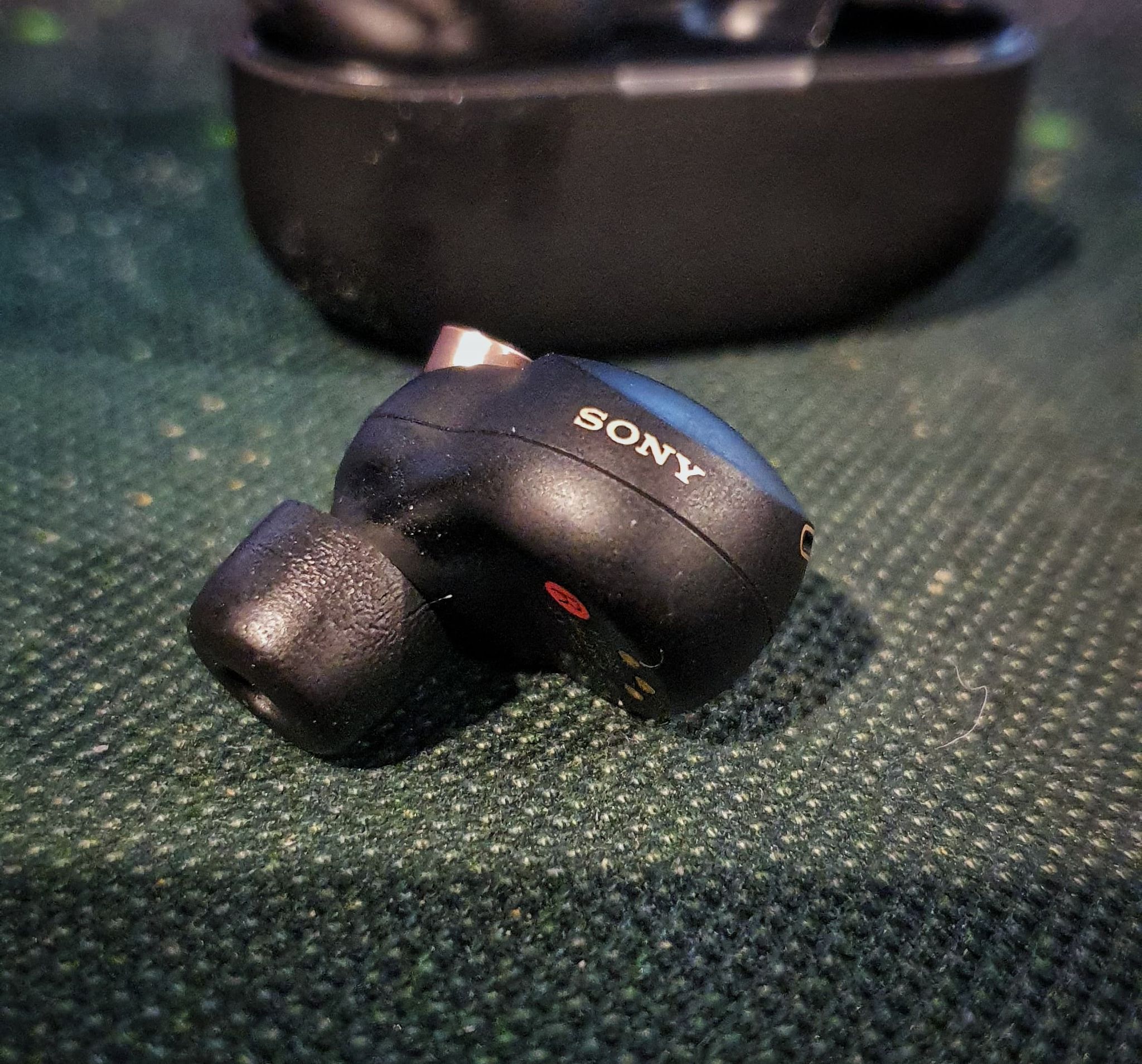 So after a few days of playing with these bad boys, am I converted back?

For my music listening I bought a set of XM3 over hear headphones which I really like a lot aside form the lack of volume, I’d like them to go to 12 ya know.

First impressions out of the box these XM4 buds seem to have that Sony quality, I didn’t get the retail packaging so I can’t speak to that, but the case they come in which is also the charger while on the go feels very premium and opens nicely with a snap. USB Type-C on the back to charge the base / charger whatever you want to call it. One LED on the front to show status.

The pods themselves also feel very premium, to me they shipped with 3 size options I went with the medium, more on that later. The pods themselves feel like a premium product, with some goldish accents much like my headphones. No obvious buttons, the back of the pod is touch sensitive which is a nice slick design and it does seem to register well. I do think if you’re wearing these to the gym or something, your arm near your head will trigger these buttons, they do on my over ear headphones sometimes. These pads are configure-able

Connectivity was easier that ever, as soon as I pulled them out of the box my phone was prompting me to check in, this was 1 tap to download the Sony app, which I’d not had before. I didn’t unlock all of that as I didn’t want to register these to my account as I don’t know what will come of these in the future. but as soon as I open the box and pull one out it will notify me of battery status for each but and the charging base which sits as a notification on my phone ( note 10) for easy viewing which is nice. note – we’ve heard that Apple users have a few more hoops to jump through to connect and testing on a S20 FE they wouldn’t show up at all without the app.

I had planned to try these in my motorcycle helmet but that wasn’t comfortable once the lid was on so I didn’t bother with that. when normally wearing these however, the soft ear piece is very comfortable and you barely can tell you’re wearing them, they aren’t so heavy you notice and they dont stick down your ear like the Apple ones.

I can’t speak to the battery life, the claimed is 12 hours per charge and 2 charges off the case so 24 hours total use. which would be impressive for weekly use and maybe 1 -2 charges a week? depends how much you use them I guess.

So the key thing here is how do they sound? well, pretty good for ear buds.

They performed very well in the low end, I didn’t expect that level or clarity of bass from something so small, its clear and precise and when playing something loud that covers a wide spectrum they perform very well – these wont blow your brains out but at full volume cranking some Post Malone I’ve got nice clear vocals and thicc bottom end – Again with Bluetooth and laws around how much sound people are willing to blast your ear drums with as not to get sued, Bluetooth output is lower than I would like but they certainly give an immersive experience when you’ve got some good tunes playing and the noise cancelling active, which also works really well.

For sound alone I’d give these an 9/10 – good clear full sound for its form factor, however lacking the ability to make my ears bleed. These are a very good sound

I did make some calls and I was told that hearing me using the inbuilt mic was ” about as good as a speaker phone” – I didn’t feel I needed to shout to be heard and didn’t find myself repeating words at all.

Other things I’d noticed is that even with the best use ear fitment, they don’t stay in my ears amazingly, walking around the house on the phone doing some chores I found them coming out a few times and given they are so light and small they can be easy to lose. However sitting here at my next writing this they aren’t going anywhere. I couldn’t recommend these for the gym based on my experience. I’d prefer something that wraps around the ear or I’ll just stick with my over-ear headphones.

The only other earbuds I’ve even tried are the JBL ones I was given and did a ” review but they were a gift ” review on a year or so ago, these are far better but that’s not saying a lot cause those ones were a bit shit.

A final thought that I do like about earbuds and these ones in particular, for immersive sound, they feel like they send the audio direct input in to your brain – I like that