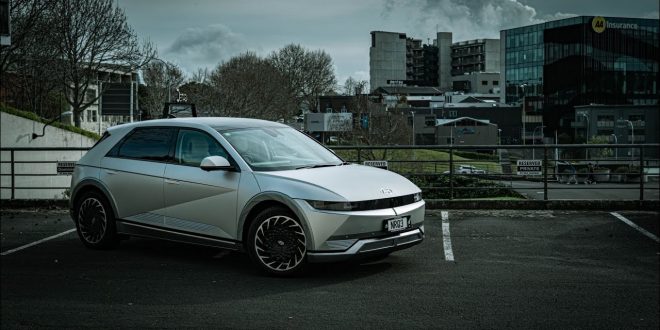 In this episode of The Open Road, we’re taking a look at Hyundai’s Ioniq 5, a full EV mid-size SUV with a very clever trick up its sleeve.

After thoughts on this car

There were a couple of little things I left out of the video, which had become more apparent after production, for example, some of the touch screen features at times were unresponsive, even stopped at the lights. Trying to bring up the map which closed while on the route and get the navigation back was a pain, it was still audibly coming through the speakers, however, the visual was gone to another level of the menu and wasn’t coming back by hitting the nav button. I did fill it up with people a couple of times, and everyone enjoyed the spaceship feeling, and there was plenty of space for the bigger lads in the back.

It does have that EV instant torque which will blast anything else off from the lights, however, it wasn’t anything compared to the Tesla P100D ( at near 3 times the price) in terms of that acceleration. It did have multiple driving modes from Eco to Sport, I left it in normal all the time as eco felt too restricted and sport too twitchy for everyday driving.

But overall, if this is the future for driving for the masses, It ain’t bad. so that’s nice.