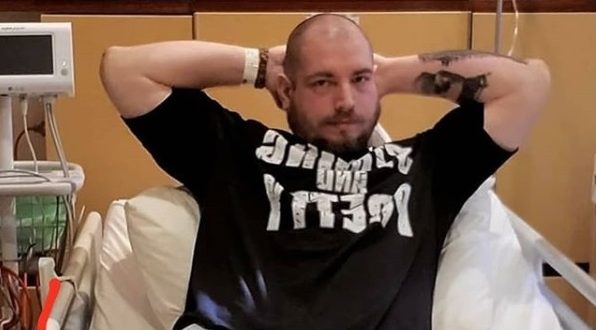 So of course its been a minute since we got stuck into this so I thought I’d say out whats been happening and where I am at, and plans moving forward.

So Lock down right.. On the day lock down came into effect was a day we had planned to have a deadlift -off at the Gym, I’d been training specifically for that for 3 weeks everyday as I wanted to reach my goal of 230kg for double body weight ( or just over). At that time I had a personal best of 220kg Deadlift, 250KG Deadlift from a trap bar and 280KG rack-pull ( we’l talk about that rack pull more later) and I was tipping the scales at 113KG.

Now I was really happy with where I was at with all this, lifts were coming up easier, I felt strong and purposeful and goals were getting closer. I’d been training a lot with Liam and Andrew who are just machines in the gym and they are a great source of education but also motivation – their dedication and work ethic as admirable and infectious. I’d been up to 5 or 6 meals a day, my schedule was on point and I was going through a bit of a tough time to say the least which the gym saved me from in a big way which is something I want to touch more on in another article but in short, Working out adds so much structure and purpose to my days, lockdown saw that drift away and structures and purpose fall apart. Leading into weeks on end of being unmotivated, anxious and yeah just a shit time really.

One of the things I love about lifting weights is that it's a level playing field. Regardless of colour, orientation or how much money your parents have. That bar is the same weight for everyone. You either lift it or you dont. And that ability is purely down to hard work and dedication which is the same price for everyone. There are no trophies for participation, exceptions for made up bull shit. Work hard and earn it. . . . #earnit #deadlift #rackpull #strongman #nzfitness #heavylifting

On the day before Lockdown I triggered a hernia which had been a small problem for a few months on and off but this one felt much worse than usual and so lockdown was going to mean taking it easy for a while and I was expecting from previous similar injuries to be right as rain by the end of level 4 and get stuck back in. I was wrong. By level 4’s end nothing had improved, I was in constant pain and had made a start with ACC. ACC were a shitshow to deal with – almost 3 weeks to be declined ( which is what I wanted anyway so my private insurance could take over but I had to follow the process) – I did talk about the ACC issue on the nzblokes page but a quick over view of that, was that it was declined on the basis of ” it was not an un-controlled movement” and thus was going to be declined, which was fine I left it and carried on – but then they make the mistake of emailing me a customer satisfaction email which had a follow up with a phone call – where I impressed upon the Karen that she couldn’t even tell me what movement I had done but had used that to make a decision that I was to be declined. Now for me as I say this is what I wanted, but what about someone who doesn’t have medical insurance? is this common? I know not everyone can afford it so, What do they do??

On this same day I booked to meet with the surgeon that would be performing my fix up – Dr Jarvis gave me a double laparoscopic hernia repair in the groin area on both sides using the Mesh sewn into the muscle lining to plug the hole effectively. The experience was awesome – I was in the Southern Cross hospital in Glenfield and can’t say enough positive things about the whole experience – part of which can be found in Webisode 74

Now I was told ” No heavy lifting for 4 weeks ” and to take it easy etc. At this time we’re in level 2 – soon to be level 1. Needless to say I wanted to be careful with all of it as not to give myself anymore setbacks and for the most part recovery has been good – basically avoiding any core activity at all and being very aware of this as I’ve eased myself back into the gym. I’m 2 weeks back into the Gym now and things are coming along.

I knew there would be exercises that I wanted to avoid, obviously squatting, dead-lifts anything like that. But even overhead press machine was feeling unsafe as it was a big stretch at full extension, same with skull crushers – But if I’ve learnt anything from Liam and Andrew there are many ways to work a muscle group, So adaptations have been made.

My goal right now is to just get back to a working body and good routine around training and doing what I can where I can without risking set backs until such a time that I can confidently get back into lifting heavy stuff. Right now there are no lifts of note to speak of obviously and I’ve even been on some of the cardio machines just to see what that’s all about.

As at 2 weeks ago when I was told I could carefully go back to the gym I had lost almost 10 kilos and gained a bit of a belly again. Neither weight nor ascetics are major drivers in my training, sure they are part of a bigger picture but for me its more about mental health, goal setting and achieving , channeling energy into something positive which has the by products of getting in better shape and feeling good within myself in terms of feeling strong and being able to sit at the big kids table at the gym and perform at a high level ( relatively to our gym that is)

Sitting Strong and Pretty at about 112kg with Andrew

So right now, my plan is fairly simple, Do what I can and not introduce risk in movements for a while. I’m thinking its going to be a month from now or so before I start trying any meaningful dead-lifts but I think I am ready to test the movements at least with very low weights just to build back the muscle memory and set the base as it were. Starting over hasn’t been all bad tho, It’s given me some direction and perspective to make a more solid plan than I’ve ever had before which is nice as it gives me something to work towards while taking a sensible approach to training

Right now I’m focused on reps of movements I can do which is mostly anything that isn’t core sensitive which isn’t as much as I thought, but for example it means using the bicep curl machine as apposed to standing so I’m not engaging my core to stay balanced which does give more focus on the muscle I’m working at the time.

But I shall keep you up to date as I work through this journey, I’m meeting with my surgeon on Monday to go over how recovery has gone, which for the most part has been slow but good – very little pain to speak of and movement is pretty much back to normal, some scar tissue can be felt If I’m sitting in my chair and drop something on the floor – I’m not entirely sure what to expect but I was lead to believe that I should be ” good as new” a month from now so we shall see!

Big shout out to Liam, Andrew and the crew at Forge for all the support and motivation and telling me not to do dumb shit as I’m known to push myself too hard so having an external source of knowledge and motivation has been immensely helpful at keeping me on track!

till next time team 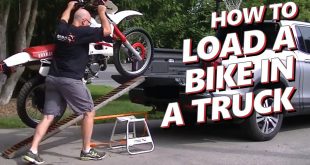 How to Solo load a motorcycle 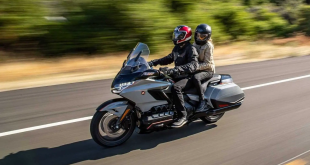