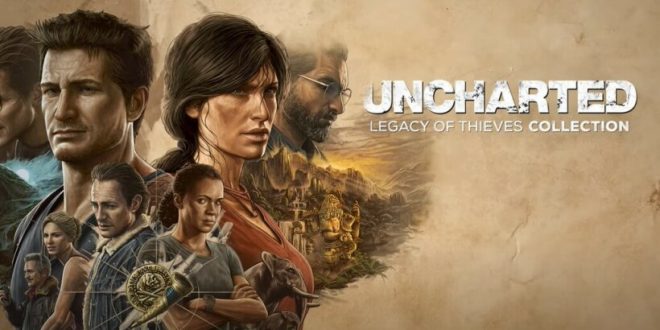 Of all of the games that have been released by PlayStation for the PC, it’s this one that’s been the biggest “Oh wow!” moment for me. Not because this release is somehow more amazing on the PC than it was when it dropped on PS5 a few short months ago, but more that it’s landed on PC at all. Naughty Dog’s games, and the Uncharted series in particular have been a stronghold for PlayStation exclusivity since the first title dropped back in 2007. Yet, here I am, in 2022, firing up Uncharted: Legacy of Thieves Collection on steam, on a laptop, using mouse and keyboard (or an Xbox controller), and playing with graphics & resolutions settings.

If you’re new to the series, the Legacy of Thieves Collection contains the last two Uncharted games to be released in the series – Uncharted 4: A Thief’s End, and Uncharted: The Lost Legacy. Originally, both of these games were PlayStation 4 releases (and at the time of their release, were mindblowingly good-looking games on the platform), and this bundle includes a number of updates and optimisations which were made for the PS5, and adds a few more PC-centric options into the mix. Those updates include support for ultra-wide monitors, upscaling options such as DLSS and AMD FSR 2.0, graphics presets adjustments, and support for DualSense controller (with a wired connection to your PC), as well as Xbox controller and keyboard and mouse support. All things considered, it’s a really solid port over to the PC. 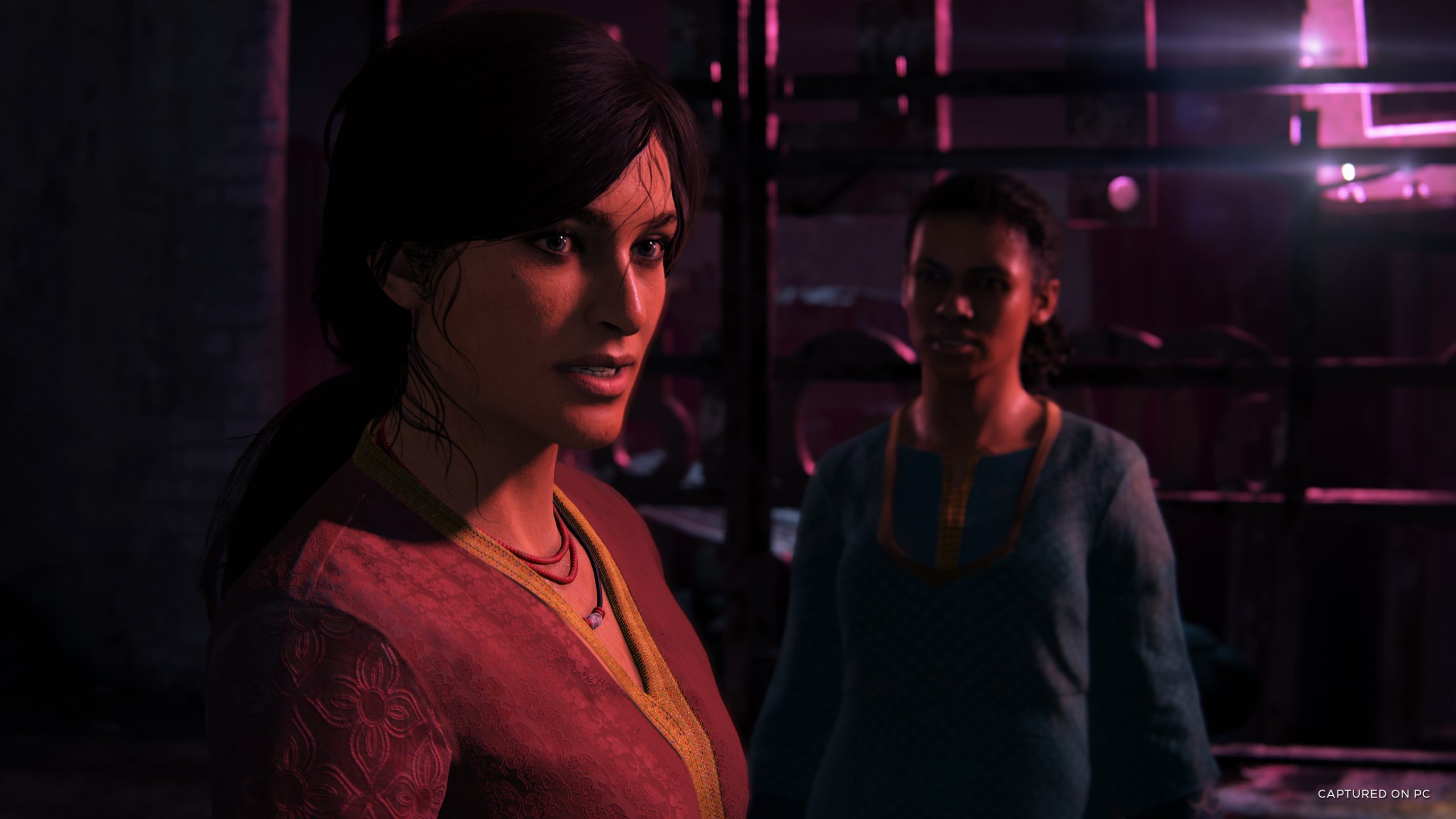 As for the games themselves, they’re 3rd person action-adventure games following the adventures of Nathan Drake in Uncharted 4, and Chloe Frazer in Lost Legacy. I’ve been a fan of the series for a long time thanks to the combination of strong storytelling, likeable characters, and awesome level design, locations, and mechanics. If you’re familiar with the Tomb Raider games but wanted something that feels a bit more like an Indiana Jones movie, then you’ll find there’s a lot to like here. There’s also some pretty solid stealth mechanics when you encounter baddies, and when the gun play breaks out, it can be a mixture of cover-based shooting, with some dynamic combat thrown into the mix with melee and level traversal. It’s definitely a bit lighter and more fast-paced than some of its peers.

Whilst neither of these games are new, they are both highly entertaining and fun to play. Missing from the experience (as it was with the PS5 re-release) is the multiplayer which was part of Uncharted 4 when it was released for the PS4. Whilst there’s no shortage of multiplayer games out there these days, I did enjoy playing this mode back when it was available, and its absence does impact the longevity of the game, as once the story has been played through, it’s basically completionist mode, or you’re likely on to the next thing. Still, at least you’ve got two full games to play through with about 50 hours of content at a reasonable rate of play. 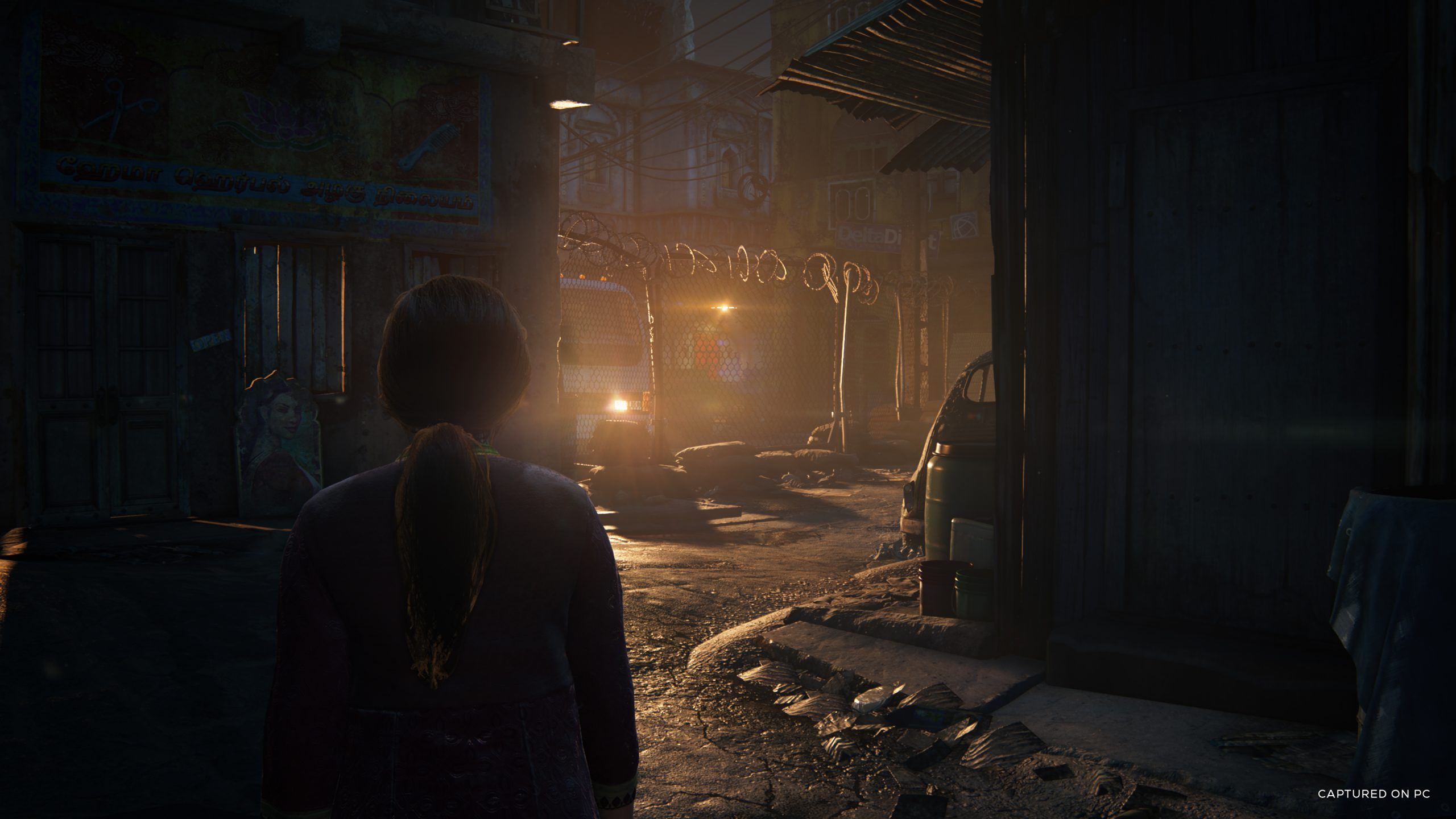 Graphically, I did try a couple different GPU’s – I had a go with a RX 6600, a 3080 Ti, and I also tried out integrated graphics with the Intel Iris Xe on a 11th Gen mobile processor. Obviously, the 3080 Ti smoked this game, quite happily delivering 100+ FPS on a native 3440x1440p resolution with maximum graphics settings and without needing DLSS. My RX 6600 card was able to deliver about 40-45 FPS on the same settings, and with FSR 2.0 enabled on a quality preset, could maintain a solid 60-70 FPS, with 90+ FPS at 1920x1080p. Integrated graphics was a bit trickier. Intel’s Iris Xe integrated graphics managed 40-ish FPS at a 1280×800 resolution with FSR on performance mode and medium graphics preset. If you’ve got a discrete GPU in your PC, you should be able to find a balance of settings that work for you quite easily but integrated appears will require some compromises to achieve a playable framerate. Overall though, I’m really impressed at how well this game has been translated across to the PC from console, it’s got really robust screen, detail, and resolution settings which support a broad range of hardware and input options available outside of the console release.

Overall, the Uncharted: Legacy of Thieves Collection is a good PC port of a good PS5 re-release of some epic PlayStation 4 games. It’s great to see these titles become available for the PC after a long period of exclusivity to Sony’s consoles, and whilst the games themselves aren’t new, they are still a very enjoyable set of games to play through with some neat new features being available thanks to their PC debut. If you’ve not had the opportunity to experience the Uncharted games up until now, and you’ve been craving some over-the-top action and an entertaining story, these will find a good place in your game library. It’s a shame we won’t see the multiplayer though, I enjoyed that back in the day.

I’m going to give these a 9.0/10 – slightly more than the PS5 review because it’s an excellent PC port of the console games.