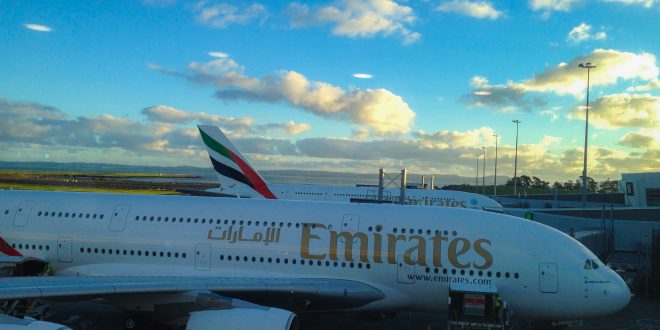 Travel – How the Airbus A380 makes long haul bearable 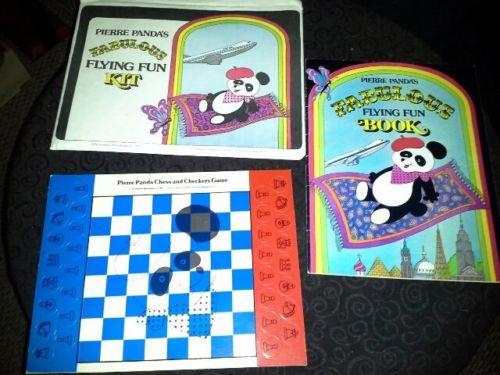 I remember being issued a PanAm “Flying Fun” kit to entertain my 3 year old self, 39 years later I am culturally confused about the french panda on a flying carpet situation

I’m not sure about anyone else but air travel turns me into an anorak wearing plane geek. I still have early memories as a young child on Pan Am 747 Jumbos, I cant recall if I was one of those screaming children that are the bane of some travelers flights I would like to think I wasn’t. I remember I was fascinated with everything about the planes I flew on, was dimly aware that Pan Am had a panda as its mascot while I tested the stewardesses patience by spreading out my Pan Am issued “Flying Fun” kit in the aisles and sagely advising an elderly woman seated next to my parents on the finer points of fastening her seat belt. 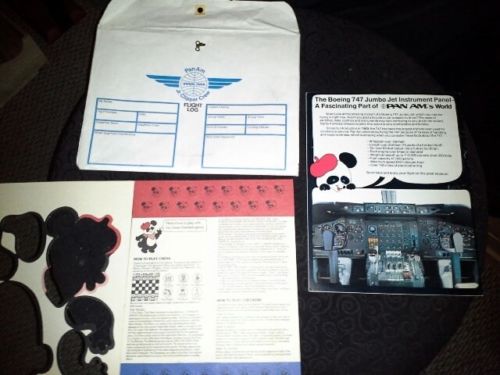 Pan Am Flying Fun Kit: If only I had kept it, I too could have sold it on Ebay for 100 bucks

Flying then still had a glamour and mystique to it and amazing things could happen. Case in point I spotted Mick Fleetwood from Fleetwood Mac transiting while on tour in Honolulu Airport, this was some time in what must have been late 1979 and I was all of 3 years old. I was tugging on my dads sleeve, pointing and shouting “Tusk! Tusk!” (A song of theirs that must have been on TV at the time) Mick thought it was hilarious that a 3-year-old picked him out of a crowd before the parents did. The power of music television had on me growing up is pretty clear. Mick had someone take a photo of us sitting on one of their gear flight cases together, I wonder if it still exists somewhere.

Those travels as a child seems to come back every time I’m traveling in a plane, a mixture of childlike glee and precociousness. Even now when I’m booking flights I look up the aircraft type as a decider on if I want to fly that route. A380-800’s are my preferred 389 million dollar aircraft although these days I try to hide my fanboyisim behind practical reasons to why I prefer them.

Pictured, the sheer amount of awesome contained in an A380 (except for the bus, that’s just for scale)

Consider when Boeing 747’s rolled out in 1970 they seemed so mind-boggling large, these Airliners are now dwarfed against the A380, it really is a testament to how far the engineering involved has come. It nearly ended up as a double bubble with two fuselages joined side by side design until it was clear the weight and aerodynamics didn’t add up. The designers at Airbus ironed out the design wrinkles and A380 became the first in the new stable of super jumbos. The A380s are designed for long hauls to hubs then offloading to smaller aircraft to the local destinations, with this in mind it has some unique advantages over smaller aircraft.

One of the first things to understand is that the pressure of the Earths atmosphere weighing down varies at different altitudes. The higher the altitude the thinner the atmosphere and the more hostile it is to human physiology. To combat this, aircraft are pressurized however due to design limits on the body of the aircraft the cabin pressure within is a compromise to about between the sea level pressure and altitude. For example, on the A380 the cruising altitude is about 12,000 m (39,000 ft) the cabin pressure is pressurized to  almost an 8th of that an equivalent of 1,520 m (5,000 ft).

Emirates has what looks like a teenagers text message on the side of their aircraft “!__! LOl idk jks! Emirates”

What this means to you and me as travelers? Science! Long distance at high altitude with low cabin pressure means more strain on your body, the effects jet lag from the time difference and broken sleep is only a part of the strain a longhaul traveler bares. Physiologically you start showing mild signs of altitude sickness, the heart has to work harder to move blood around, your ankles and joints gather fluid and start to swell. The difference between the most other aircraft cabin pressures being no higher than the equivalent experienced pressures of 2,440 m (8,000 ft) and the A380 being no higher than 1,520 m (5,000 ft) is significant.

The A380’s cruising altitude is slightly higher than other contemporary aircraft, not by much, however the combination of its size and ability to pressurize to a lower altitude give it the ability to fly above a lot of the choppy air.

The guys hiding in the roof are going to mess with your luggage and you’ll never even know.

That’s not to say turbulence never happens as there are so many factors at play, but I found it to be manageable for the most part, although on the Auckland to Dubai long haul there was an unfortunate passenger checking his inflight meal into a paper bag. In my opinion its a matter of perspective, I prefer to think of it as being rocked to sleep, forcefully.

The Holy Grail of air travel is a comfortable economy seat. Although the majority of carriers are trying to maximize returns by squeezing every last centimeter of the aircraft, but some are a little more forgiving than others. 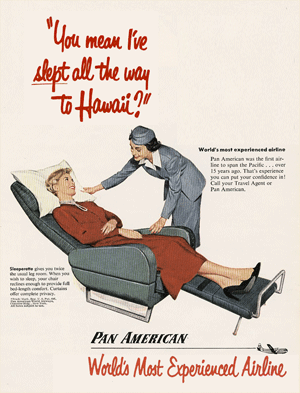 “LOL no, some people drugged you and infiltrated your mind with a dream machine”

My experience was the seat width on the A380 was significantly wider than on its 777 counterparts (with Emirates’ seating configuration anyhow).  I am tall 182cm /6ft and slightly doughy (not douchey) traveler, too much desk bound work makes Jack a fat boy. Not to the extreme of Kevin Smith being told he is too fat to fly in an exhibition of customer service fail, but every bit of wiggle room on a long flight is appreciated. And wriggle I did.

There should be a yoga class on airline seat positions.

The angry fetus, the full reclining bastard, the Half Judd Nelson detention, the Gitmo special and the Unwilling Platonic row partner spoon.

It seems that unless you are in one of the better classes your comfort positions might just be at the mercy of who’s sitting next to you or in front of you. Or possibly behind as incidents of recliner rage recently broke out and another  over the use of reclining locks on seats by another passenger.

Also don’t be fooled by thinking the emergency exit row seats are the flighthack to unlimited legroom, consider that these are often used by mothers with babies, the inflight entertainment stows into one of the arm rests reducing your seat width and the extension on the unit is limited and may be at an uncomfortable angle for your neck. If you use a travel agent or use the online check in (if available) you may be able to pick your own seats, proximity to the never-ending traffic to and from the galley or the toilets may also be a factor.

The A380 also carries an advanced air filtering system on board which cycles all the air contained within the aircraft within 3 minutes. Most importantly the advanced HEPA filtering system removes bacteria, viruses and allergens from the air with each pass with a 99.999% filtering quality. Theres more chance of pregnancy using a condom than a nasty surving the filter, I’ll take those odds any day. When you consider the assault your immune system is already undergoing due to the effects of altitude, the cabin is a cultural exchange program when it comes to airborne bacteria, irritants and viruses. Pleasantly it also banishes the odors of floating air biscuits and crop dusting runs  down the aisles from the cabin. There is an article specifically about air travel farts, a think piece on passing gas while flying passes for journalism these days and reads like something out of an episode of Southpark. Now back to the studio with the weather.

The constant dry air not seasoned by wet farts is drier than most of my jokes. Dehydration is a real factor, as tempting as it is to wolf down as much free booze as possible I avoid it like the plague and stick to orange juice mainly to re-hydrate and keep my vitamins up. Hey if the perfect storm of a hangover, jet lag, sleep deprivation and altitude sickness is your thing you do you..

So those are my justifications on why I love flying the Airbus A380 and my fascination since childhood with Jumbo jets, how about everyone else, whats your favorite aircraft travel memory? 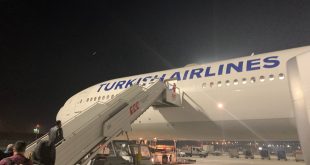